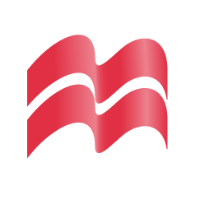 The purpose of markup

Markup is any tool used to classify information in a document. Markup consists of tags, which tell a processor (i.e., a person, computer, or piece of software that is processing the document) what kind of information is in the document. Tagged manuscripts are already a part of every stage of book production: tags allow production editors to communicate the different design elements used in a manuscript, they tell designers how to lay out and format the different parts of the book, and they tell eReader devices such as iPads and Kindles how to display each part of an ebook.

The old method of tagging manuscripts involved typing visible tags in brackets to the beginning of each element in a manuscript – or, with paper copyediting, physically writing the tag on a page. This is great for humans – we can see the tags and understand how they are labeling each piece of the document.

Unfortunately, computers don't know how to read these labels. They aren't able to distinguish between the tag and the rest of the text in each paragraph, so they have no idea what to do with each piece of the document or whether certain pieces should be handled differently. This means that a human needs to be involved in translating those tags to a format that computers can understand, which in our workflow means having the compositor manually apply  styles, which the computer can understand, to every paragraph in InDesign.

Word Styles are a built-in feature in Microsoft Word that allows you to apply markup to a manuscript in a way that both humans and computers can understand. In addition, styles control the way that the text is formatted in Word, ensuring that similar design elements are formatted in the same way. So, for example, you can change how every first-level heading appears in Word simply by changing the formatting of the level 1 heading style.

While Word comes with a default set of styles, we made a template with a set of styles created specifically for our use in styling manuscripts. Learn more about our template here.

InDesign also uses styles in a similar way, so Word style tags can be seamlessly imported into InDesign – meaning now the computer can distinguish each piece of the document, and designers can layout and format the book accordingly, with no extra work required.

By using Word Styles, we're saving that extra time that it would have taken for a vendor or in-house employee to re-tag the manuscript before design and composition. There's no more intermediary step of translating the bracketed tags into InDesign styles; the Word Styles import directly into InDesign, ready to be formatted by the designer.

While InDesign is currently the most relevant piece in our workflow, it's important to note that Word Styles also make it possible to transform the Word file into other formats, such as XML, which means we can more easily adapt our workflows as industry standards change. In other words, using Word Styles helps us to future-proof our workflows.

In addition to saving time and money in the book production process by removing the step of converting bracketed tags to styles, using Word styles to apply markup has other benefits as well:

Using Word Styles and the Macmillan template can be split into a few consecutive tasks. Use these links to learn about each main part:

On this page
Other pages in this document

Confluence is a network provided for Macmillan employee exchange. It is open only to employees and others authorized by Macmillan to access Confluence for business purposes. Your use of Confluence is governed by Macmillan’s Code of Conduct and other employment policies, including the Social Networking Policy of Macmillan, our Privacy Policy, and our policies preventing discriminatory harassment and protecting intellectual property. Anyone who becomes aware of misuse of this site should use our anonymous reporting option: speakup.macmillan.com or contact HR, Legal or compliance staff. If you are not an employee, but have been granted limited access to Confluence, your use of Macmillan’s systems will not alter your relationship with the company.